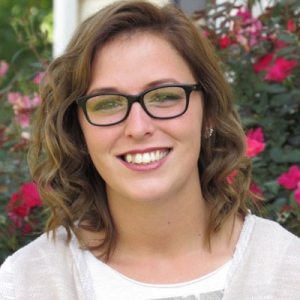 “I didn’t expect to live this long. I accepted that I would die an addict’s death, and I didn’t care.”

Things have turned around in a big way for Maggie, who was seriously addicted and struggling to stay in school by the time she was 14. It wasn’t until after a lot of misery and two failed attempts at rehab that she landed at Liberty Ranch, where she learned there is tremendous hope in recovery.

Today, Maggie, age 23, has been sober since she was 18. She is Director of Liberty Ranch’s women’s facility, where she does whatever she can to help addicts break free of alcohol and drugs. Her new life, she says, is “nothing short of a miracle.”

Growing up wasn’t easy for Maggie and her two older sisters, raised by a well-meaning Mom who worked two or three jobs to keep food on the table. “We were always broke, and we had absolutely no supervision,” she says, recalling frequent moves, often in the middle of the night, until the family moved into more stable government housing.

Maggie recalls that she was using alcohol daily by ninth grade, soon adding pills to the mix because pills couldn’t be detected on her breath and it was easier to “hide the buzz.” She eventually began using meth, noting that by this time, stealing, lying and cheating were commonplace. She had no interest in quitting and wasn’t ready to “stop having fun.”

“I started hanging out with a bad crowd; I couldn’t get enough attention and I was never satisfied,” she recalls.

She entered rehab for the first time when she was 15, then got high almost as soon as she walked out the door. Maggie, who was in the custody of the State of Kentucky at age 17, knew she was in deep trouble by her second attempt at rehab. Although she was a “star pupil,” she admits she was a master manipulator and was released a little early from the six-month program. Within a week, she was high again.

After a couple of months, Maggie knew she was in serious trouble, and she was ready to admit she needed help to get sober. She was familiar with Liberty Ranch, located in the small Kentucky town where she lived at that time.  Although she had no idea what to expect and admits she probably wasn’t “100 percent ready,” she called the center’s intake coordinator. Things moved quickly and she was admitted the same day.

Maggie was “scared, nervous and excited,” but she had no clue how much that day would change her life, and how difficult it would be. Within a couple of days, she made a solid, life-altering commitment to do the work, finish the program, and “get it right this time.”

When asked what was different about Liberty Ranch, Maggie says the staff was willing to do what they had to do to help her battle her disease, even in the middle of the night.  For the first time in her life, she learned what it means to have real, loving and caring friends who build you up when you’re down – friends who care enough to hold you accountable, even when it makes you angry.

She grew up at Liberty Ranch and learned how to navigate the responsibilities that come with adult life, including holding down a job, budgeting and paying bills.

The entire family benefited from the program at Liberty Ranch. A sister with a drug problem eventually got sober. Maggie’s Mom, a “major enabler” who often looked the other way when Maggie was using, participated in the center’s family program, joined Al-Anon,  and learned how to support her daughters in a healthy, constructive manner. Even a couple of nieces and nephews benefited.

The Importance of Having Fun

One of the most important things, according to Maggie, is learning that it’s possible to have fun while being a productive member of society, and that “you’re never too young to get sober.” She describes her new life as “more incredible than I could ever imagine.”

These days, Maggie spends much of her free time enjoying a tremendous variety of activities with a “huge group of crazy, funny, spontaneous, sober friends.” She continues to participate in a 12-Step program, which has helped her learn to “give back freely.”

She describes her job at Liberty Ranch as “an all-hours job that requires a lot of sacrifice,” but helping other girls make positive changes in their lives makes it all worthwhile.

Maggie describes it this way:” Getting sober is much like the smell of a rose: beautiful, but impossible to describe.”

About the Author: Sam Baines 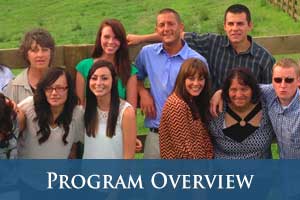