Home/Uncategorized/What is Methedrine?
Previous Next 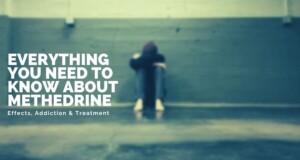 Methedrine, a brand name for methamphetamine hydrochloride, is a central nervous stimulant. Although the methedrine brand was once medically prescribed, the drug can be extremely addictive and cause devastating consequences to a person’s health and life. At present, the name methedrine is often used interchangeably to refer to methamphetamine in general. Except in very specific situations, medical use of methamphetamine is no longer promoted due to the many risks, adverse effects, and high rates of addiction. Because the drug is inexpensive to produce, illegal production has become widespread and abuse has become rampant in the U.S. and in other countries.

Are you or a loved one struggling with substance abuse?

If you are concerned about your loved one’s addiction, call Liberty Ranch at

What kind of drug is Methedrine?

Methedrine, an amphetamine derivative, is classified as a stimulant. The drug may be used in a crystalline hydrochloride form. Stimulants including methamphetamine work by speeding up the Central Nervous System (CNS). This can result in higher levels of energy, lower appetite and feelings of euphoria.

Does methedrine have medical uses? 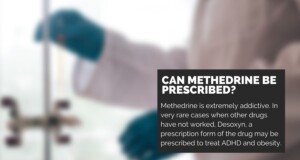 When used to treat ADHD, the drug works by altering natural substances in the brain which are said to increase attention and reduce hyperactive/impulsive behavior. Desoxyn also affects the central nervous system, the metabolism, and reduces appetite. In the case of obesity management, on rare occasions, methamphetamines may be prescribed by a doctor for short-term use in conjunction with a low calorie diet. Desoxyn is prescribed as a non-fillable tablet and ingested orally.

Desoxyn, or methedrine, can be quite risky even when prescribed, especially for people with circulation issues, heart problems, high blood pressure and other issues. Moreover, it has strong potential for abuse, negative side effects, and dependence. As there are many other safer, more effective alternatives available, in general, use of the drug is avoided.

Methamphetamine, sometimes referred to as methedrine, is one of many commonly used street names. According to the DEA, the stimulant may also be called Meth, Speed, Ice, Shards, Bikers Coffee, Stove Top, Tweak, Yaba, Trash, Chalk, Crystal, Crank, Shabu.

How are methamphetamines used?

Methamphetamines may be swallowed in pill form, smoked, snorted or injected. Depending on the way the drug is ingested, users feel the expected results more immediately or intensely. As tolerance develops, users tend to increase their dosage, the frequency of use and/or change the way they consume methamphetamine.

Effects of methedrine use 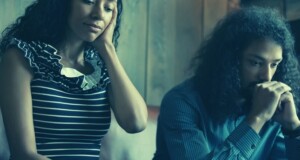 Methamphetamines, or methedrine, has a number of adverse effects on the brain and the body. In fact, one study found that amphetamine/methamphetamine use increases the risk of developing Parkinson’s disease. There are many other negative effects the drug can have on a person’s physical and mental health. Even short-term use of methedrine can be dangerous.

Short term effects of methedrine use

Long-term effects of methedrine use

Prolonged use of the drug can cause a number of physical and psychological issues, some of which may be irreversible. Long term use of the methamphetamine may cause the following problems:

Why is methedrine addictive? 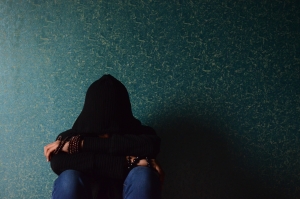 Methedrine is especially addictive because, like other stimulants, it increases the amount of dopamine in the reward area of the brain, a neurotransmitter associated with positive feelings. Methamphetamine causes a surge of dopamine that is released quickly, making the user want to repeat this experience to achieve the same feeling.

At present, most of the methamphetamine abused in the U.S. is produced illegally in Mexico, often in clandestine laboratories using pseudoephedrine and other toxic chemicals. This illegally produced form of methamphetamine is especially dangerous because the substance is extremely pure and potent. The chemicals used to produce the drug often cause explosions to occur, which result in health and environmental damage to those living in the area, even long after the lab has been shut down. There are also illegal methamphetamine labs found in the  U.S., and legal forms of the substance are diverted and sold as well.

Although once a prescribed brand, methedrine is often used to refer to any methamphetamine. There are other illegal drugs that may have similar stimulatory effects. For instance, crack, cocaine and amphetamines also overstimulate the central nervous system. These stimulants are highly addictive drugs and can cause long-term health and brain damage as methedrine does.

Learn more about addiction and how to support a loved one

To learn more about addiction, treatment and recovery check out the following guides:

Abuse of methadrine, or methamphetamine, has grown substantially over the past ten years alongside overdose deaths. The substance is being widely abused across cultural, racial and gender demographics. While use increased in all groups, Native Americans and Alaskan Native populations have seen the largest uptick in overdose deaths. This growing issue requires greater outreach and culturally competent approaches to methedrine addiction prevention and treatment.

Nonetheless, the drug remains a huge problem across demographic lines, expanding the need for high-quality treatment options. Methedrine dependence can create a host of problems in a person’s life, compromising their health, finances and relationships. Moreover, the drug is linked to a number of serious health consequences including overdose and death, making treatment crucial.

Substance abuse is one of the leading preventable causes of death and injury. Once a person becomes addicted to a substance, you can not simply stop them from being addicted, as it is a disease. However, you can help them access treatment options that reduce their risk of injury and death by getting clean and sober. The first step is recognizing the problem. If you are concerned that a loved one may be abusing methedrine, there are a number of signs to look for. The following symptoms may be an indication of a methamphetamine use disorder:

While not comprehensive, these signs can indicate methedrine abuse. The presence of some or all of these symptoms can be a signal that it may be time to consider seeking treatment for addiction.

How to recognize methamphetamine overdose 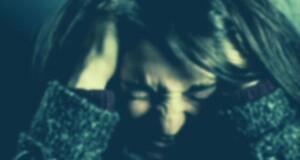 Methamphetamine use is extremely risky. Using too much of the substance can cause heart attacks, seizures and heat stroke. Between 2012 and 2018, drug overdose deaths involving methamphetamine grew by a factor of 5. For those who abuse methamphetamines, seeking treatment and stopping use of the drug is the best way to prevent an overdose death. However, if a loved one is still actively using, it is crucial to be able recognize the signs of overdose and to seek emergency help right away.  Overdose can result in organ failure and even death If not treated immediately. Some signs of methamphetamine overdose include:

If you are concerned that a person may be overdosing on any substance, contact 911 immediately, as it could be the difference between life and death. Also, educate yourself on how to recognize overdose for that particular drug and prepare yourself for the steps to take if one does occur. 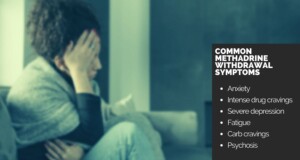 When a person uses methedrine, they can become physically dependent on the substance. When they stop using it, it is likely that they will experience a number of painful and uncomfortable symptoms, as their body no longer has the drug to function. This process is called withdrawal. In general, symptoms of withdrawal vary depending on the substance of use, the length and severity of one’s addiction, and other factors including age, weight and health.

The process of withdrawal can be extremely painful and dangerous when done without proper support. The “cold turkey” method of quitting can pose a number of risks.  It is usually advisable to contact a medical doctor or addiction specialist before withdrawing from the drug. They may also be able to help manage withdrawal symptoms. In the case of methamphetamine, symptoms include:

Withdrawal symptoms can begin within 24 hours of last use. While some symptoms of methedrine withdrawal may disappear faster, others can last for around five weeks or more. Some individuals even experience symptoms for several months. This is called post-acute withdrawal syndrome. A similar phenomenon known as dry drunk syndrome has been documented among former alcoholics. In this case, cravings return in later sobriety and other symptoms of alcoholism reappear. However, with proper support, these issues can be managed.

Methedrine abuse can cause a great deal of damage to a person’s life. In addition to the health and psychological issues, methedrine addiction can cause problems in a person’s relationships, work, and family. In fact, family members and loved ones often suffer significantly as a result of the addiction. Methamphetamine abuse can increase the risk of domestic violence. According to one Australian study, male police detainees dependent on methamphetamines were significantly more likely to have been violent with a domestic partner in the last 12 months compared to those who were not dependent on the drug.

Drug addiction is a complex disease that changes the way the parts of the brain work, making it extremely challenging to quit, even if a person desperately wants to do so. Though many consider it an issue of willpower, leading medical experts disagree and find that like other diseases, substance use disorders should be treated and managed through long-term treatment programs and aftercare. In fact, research shows that longer stays in treatment are associated with better outcomes and longer sustained sobriety. Liberty Ranch Rehabilitation Center has been helping individuals with substance use disorders recover from addiction, rebuild their lives, and develop the skills necessary for sustainable recovery for over 25 years.

A quality, evidence-based addiction treatment program can help those with methedrine use disorders recover and reclaim their lives. Liberty Ranch Rehabilitation Center offers a comprehensive intensive outpatient treatment program (IOP) to those struggling with addiction to methamphetamine and to other drugs. On top of helping those with substance use disorders gain sobriety, the IOP program focuses on equipping clients with the behavioral and emotional tools needed to sustain long-term sobriety. The program recognizes that getting sober is just the first step in the recovery process. Healing and rebuilding is equally important. Clients at Liberty Ranch work to address the underlying issues that have caused the addiction to develop in the first place.

Liberty Ranch’s evidence-based intensive outpatient program (IOP) provides and/or works with partners to offer partial hospitalization, outpatient care, psychiatric evaluation services, and family counseling to those struggling with addiction. A specialized program for women that not only addresses the traditional scope of treatment, but also considers the specific challenges women with addiction face is also available to clients.

Liberty Ranch takes a holistic approach to treatment. Our integrative IOP program works with patients struggling with comorbid conditions, and supports rebuilding family relationships as part of the recovery process. Often substance use disorders occur in conjunction with other mental health issues. Many clients struggle with comorbid conditions like depression, anxiety, anorexia and other disorders that can impact treatment. By considering these issues in the treatment process and developing healthier ways of coping with negative emotions and triggers, our program helps graduates build healthier, more successful and productive lives rooted in recovery.

About the Author: Leba Sable

Leba is a public policy professional and writer who is passionate about providing those struggling with substance use disorders with accurate, evidence-based information and guidance. She has worked in the addiction space for the past 10 years, contributing to research and consulting on drug abuse and addiction programming for local and national governments in the U.S. and abroad.